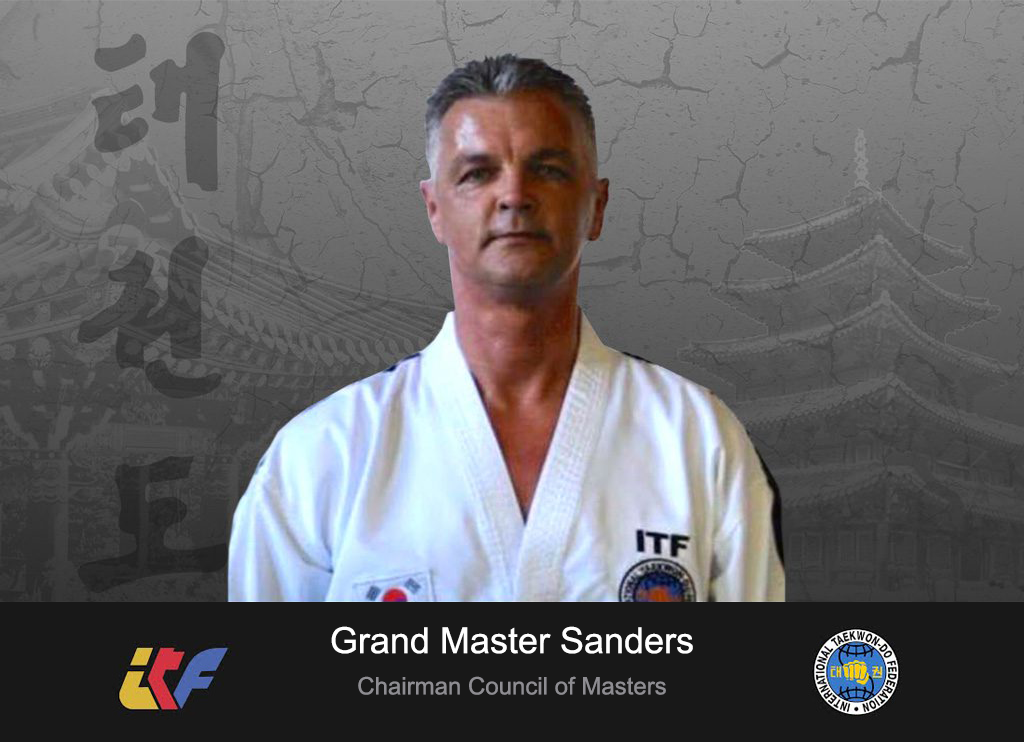 Grandmaster Sanders managed and supported Taekwon-Do clubs all over the world, from Europe to Asia and from the US to Russia.

The special relation Grandmaster Sanders had with General Choi made him change from a Taekwondo consumer to a Disseminator of the art. “ Nobody ever touched me the way General Choi did”.

Grandmaster Sanders is Director of the Dutch Security Company Security Professionals and has as such connected Martial Arts to his business life. As instructor for various police squads and armed forces in the world he showed his ability to perform realistic self defence of the highest possible level.

At the Taekwon-Do Hall of Fame inauguration in Las Vegas, Grandmaster Sanders was honoured because of his teaching according to this principle. Training can be hard where the technical part is concerned but the love and friendship, the will to teach, listen, help and be there for his students is the warm hand, always willing to help, also in real life situations.

Awards:
* Taekwondo Hall of Fame
* Preservation of the Martial Heritage
* ITF Exceptional Disseminator of the Arts

View all our locations

Find out more or adjust your settings.

This website uses cookies so that we can provide you with the best user experience possible. Cookie information is stored in your browser and performs functions such as recognising you when you return to our website and helping our team to understand which sections of the website you find most interesting and useful.

Strictly Necessary Cookie should be enabled at all times so that we can save your preferences for cookie settings.

If you disable this cookie, we will not be able to save your preferences. This means that every time you visit this website you will need to enable or disable cookies again.

This website uses Google Analytics to collect anonymous information such as the number of visitors to the site, and the most popular pages.

Please enable Strictly Necessary Cookies first so that we can save your preferences!

Please enable Strictly Necessary Cookies first so that we can save your preferences!